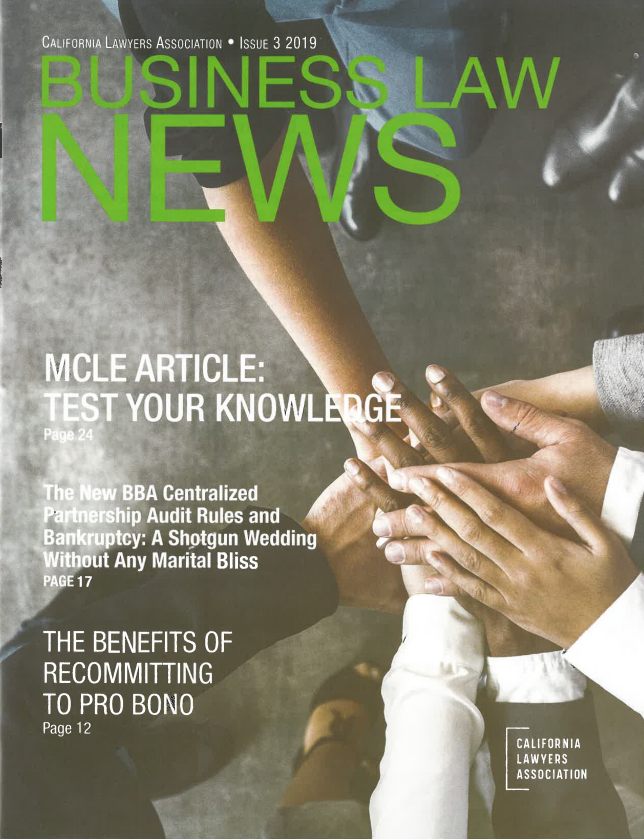 The New BBA Centralized Partnership Audit Rules and Bankruptcy: A Shotgun Wedding Without Any Marital Bliss

A. Lavar Taylor, Attorney and Founder of the Law Offices of A. Lavar Taylor, LLP (www.Taylorlaw.com), is a widely recognized as an authority in civil and criminal tax controversy law. Mr. Taylor has been named as one of "The Best Lawyers in America" and is a frequent speaker at tax and bankruptcy seminars.

In this article, Mr. Taylor discusses the parallel between bankruptcy and taxes. “It appears to be a metaphysical certainty that Congress, when it enacted the new Centralized Partnership Audit Regime ("CPAR") rules contained in 6221 through 6241 of the Internal Revenue Code in 2015, forgot that it had enacted the Bankruptcy Code almost forty years earlier.” Learn more about the new BBA Centralized Partnership Audit Rules and Bankruptcy in the full article here