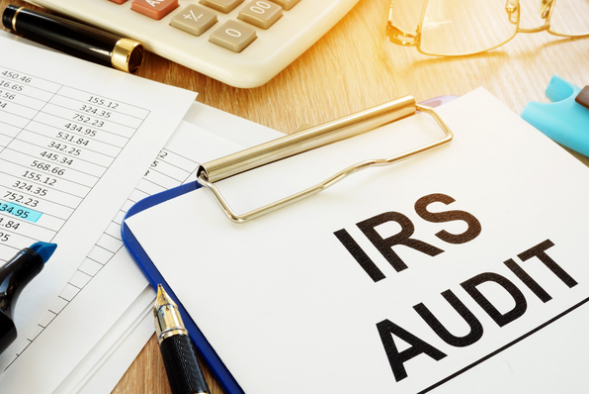 (1) Commenced a civil examination or criminal investigation on the non-compliant tax returns, (2) Received information from a third party alerting the Internal Revenue Service to taxpayers’ non-compliance, and

Although the eligibility criteria of the IRS-CI Voluntary Disclosure Practice may be straight-forward for most individual and entity taxpayers, the guidelines may be unclear for taxpayers in the cannabis industry. While cannabis is considered legal in some states, such as California, it remains an illegal substance at the federal level. However, with newly elected Democratic President, Joe Biden, the Democratic-majority House of Representatives, and the Democratic Party having the tie-breaking vote in the United States Senate, it is highly anticipated that cannabis will not be considered an illegally controlled substance at the federal level in the near future.

Internal Revenue Service audits of taxpayers in the cannabis industry has been a hot area of the law. Given the fact that cannabis growing taxpayers are not allowed to claim ordinary and necessary business expenses on their federal tax returns, but are still required to report all of their business income, taxpayers in the cannabis industry who comply with the tax laws pay an extraordinary amount of federal taxes. Because the Costs of Goods Sold deduction is excluded from the list of non-deductible prohibited business expenses, taxpayers in the cannabis industry have disguised and classified ordinary and necessary business expenses as Costs of Goods Sold expenses in efforts to reduce their tax bills. Purposeful disguising of prohibited business expenses could lead Internal Revenue Service auditors to refer the case to the IRS Criminal Investigation Department and expose taxpayers to criminal prosecution. Similarly, cannabis purposefully underreporting or not reporting income to the Internal Revenue Service, could lead to criminal exposure as well. Last, it is also plausible that taxpayers reporting income derived by selling cannabis across state-borders may also lead to criminal exposure.

Given the uncertainty in this area of the law, it is very important for taxpayers in the cannabis industry that have criminal exposure, consult with a tax attorney regarding their eligibility in the IRS-CI Voluntary Disclosure Practice. Having a basic understanding of the IRS-CI Voluntary Disclosure Practice and its eligibility criteria may assist taxpayers in reducing their likelihood of criminal prosecution.

If you are concerned about potential criminal exposure, please contact our experienced and skilled attorneys at Law Offices of A. Lavar Taylor at (714) 546-0445.